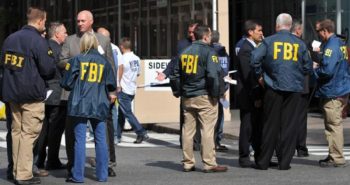 White House spokesman Sean Spicer said on Friday that it was absurd to link the killing to Trump’s “America First” stance.

On Tuesday, the White House said it was looking more like the shooting was based on race.

“As more facts come to light and it begins to look like this was an act of racially motivated hatred, we want to reiterate that the president condemns these or any other racially or religiously motivated attacks in the strongest terms,” White House spokeswoman Sarah Sanders told reporters.

The Indian Embassy in Washington previously expressed concern to the U.S. government over the shooting and requested a thorough investigation. Officials there could not be reached for comment on Tuesday.

Purinton was arrested hours after the shooting at an Applebee’s restaurant in Clinton, Missouri, about 80 miles (130 km) south of Olathe.

According to a recording of a 911 call made by a bartender at the Applebee’s, Purinton said he needed to hide because he had killed two Iranian men, local NBC affiliate KSHB-TV reported.

On Tuesday, Grillot, 24, who is being treated at a Kansas City hospital with gunshot wounds to his hand and chest, told a news briefing that Purinton told him before the shootings that he was surprised Grillot was standing up for two foreigners.

Grillot said he helped escort Purinton out of the bar about a half hour before the shooting. “He was saying, ‘You’re going to stick up for them and not me?’” Grillot recalled. Grillot was later shot when he tried to pursue Purinton.

Dozens of people gathered in the Indian city of Hyderabad on Tuesday for the funeral of Kuchibhotla.