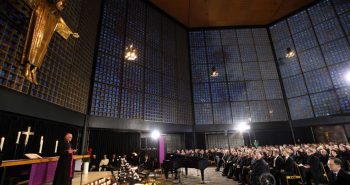 The FBI and Department of Homeland Security issued a warning on Friday that Islamic State sympathisers are calling for attacks on churches and other holiday gathering sites in the United States.

Officials said the warning comes after ISIS issued an online call for attacks against U.S. churches and other sites where holiday crowds might gather.

The FBI is tracking the threat’s credibility, saying “we continue to work closely with our federal, state and local law enforcement partners should there be any potential threat to public safety.”

“The FBI is aware of the recent link published online that urges attacks against U.S. churches,” Ames said. “As with similar threats, the FBI is tracking this matter while we investigate its credibility.”