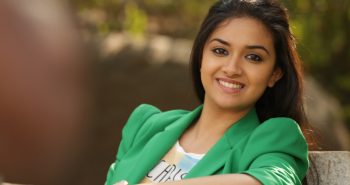 As per the latest update, Keerthy Suresh is being considered to play the lead role in the biopic of the legendary actress Savithri. Nag Ashwin will direct the film which wrapped up all the pre-production formalities.

We have been talks with Keerthy, but she’s mostly likely to be part of the project. She’s currently out of town and once she’s back, we will make an official announcement. We hope to finalise things with her later this week,” film’s director Nag Ashwin told IANS.

The film’s scriptwriter Sai Madhav says, “We will start the film’s shoot around February – March, this year. It will be a biopic and we are not taking cinematic liberties which would tamper with her actual life story.”

Nithya Menon and Vidya Balan have been initially considered to play the lead role as Savithri in the movie but the latest update is that Keerthy Suresh is in talks for the role. Samantha will be seen in a crucial role in the film and NTR, Naga Chaitanya will be seen in cameos. Ashwini Dutt is bankrolling this project which will start rolling from Feburary 2017. The movie will be made on a massive budget and it will hit the screens during early 2018. Savitri Biopic will be made in Telugu and Tamil Languages.