Finishing protests for jallikattu in TamilNadu, Simbu’s next step in Mumbai:- 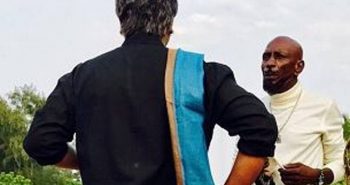 Actor Silambarasan is one of the few Kollywood actors who were relentlessly supporting the Jallikattu  for the past few months much before it snowballed as a people’s protest. He also actively supported the protest of youngsters and students in various forms and various places.

Now as the State has passed an Act to conduct Jallikattu and the protests have been predominantly withdrawn, its time for the actor to concentrate in his main profession,Sources reveal that the multi-talented simbu will soon fly to Mumbai for the shooting of his next film “Anbanavan Asaradhavan Adangadhavan” directed by Adhik Ravichandran.

It is said that the intro song of Ashwin Thatha, the 60 year old man character played by the lead actor will be shot. It is also said that the song has been penned by Simbu, Tamannah and Shriya Saran play the female leads in this film in which Simbu plays triple roles. Yuvan Shankar Raja is rendering the music score.

Want to act as a character actress : Jangiri Madhumitha:-