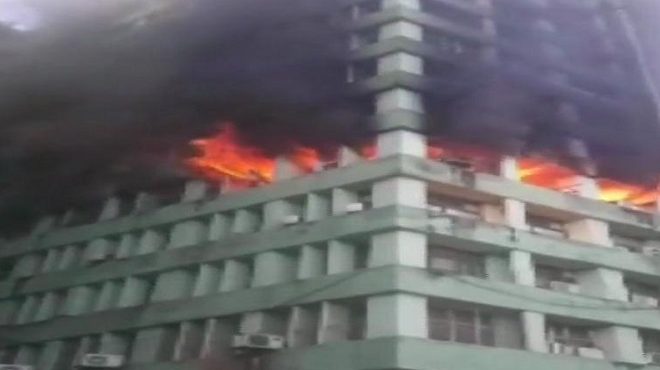 Pandit Deendayal, who was in the CGO campus in Delhi, had a major fire in Antyodaya Bhawan this morning. No damage has been released yet.There are at least 24 fire trucks engaged in fire fighting.