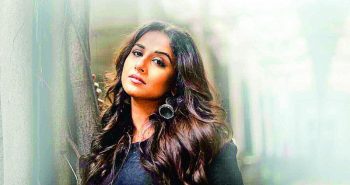 Vidya Balan had earlier been in the news for being a contender to play the role of former Prime Minister Indira Gandhi. After a lull on the film’s front, the actress has revealed that she’s still keen to do the film, but has asked the makers to get the right permissions to get it rolling.

Says Vidya, “I love doing biopics; be it M.S. Subbulkashmi, Meena Kumari, Indira Gandhi… bring them all! As far as Indira Gandhi is concerned, I would love to play her on-screen. But the only thing is that you need the right permissions to make a film on her.”

She adds, “The script is ready, and they’re waiting to make it. But my only condition to them was to get permissions from the family. Then we do it. You know how it is with permissions. Look at M.S. Subbulakshmi; we were almost ready to start and it didn’t happen.” Director Manish Gupta is now reportedly working on sorting out legal issues involved in the project. It should be interesting to see Vidya essay the role of the first lady PM of India.