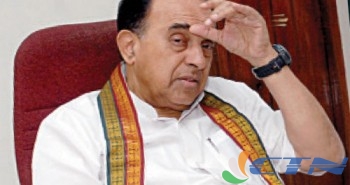 Tamil nadu’s political situation was in a very confused and also thrilled in this situation BJP’s MP Subramanian Swamy said that By law Sasikala having the larger number of MLA support and she should become the chief minister, all the people are against sasikala , always this Subramanian swamy is speaking against the tamil people and this time also he said that sasikala should become CM.

He also said that OPS is not a suitable candidate for CM he was a coward , why the hell he resigned in the first place now if the governor retake his resignation surely governor is a stupid.a