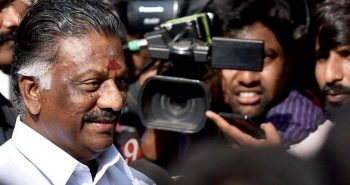 OPS now only said that ADMK will meet a general secretary election as soon as possible not only that if people willing to take back the resignation I’ll do it with a respect on people by which the same Jayalalitha had on people. And if people want I’ll go to road and every houses to meet peoples , as Jayalaitha’s brother’s daughter I have some respect in Deepa.