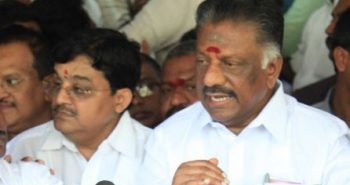 Just now OPS in an interview said that he’s going and following the path which was shown by jayalalitha to him, and he warned sasikala that many secrets will be revealed during the meet with governor and I have lots of evidence is this secret which OPS talking about may be the Apollo secret.