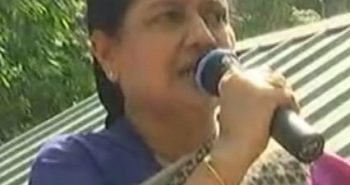 Just now the “Temporary” general secretary of AIADMK Sasikala said that “I’m having the caliber to face all the enemies even if its 1000 in number”, she also said that its been 33 years I have started to face these kind of struggles, they are all teasing me only because I’m a female, she said that I was always with Jayalalitha and know how much trouble she have faced.

And also I’m the person who instructed her not to leave the party when she meet up with a disrespect in the funeral of MGR, by having the MLAs support and the followers of ADMK support on my side nobody can’t do anything to me.

OPS as usual stated his work in the secreterate.