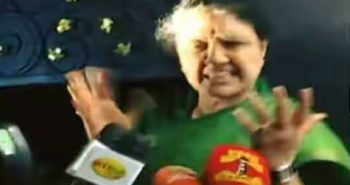 As already news coming from the sources that MLAs were kidnapped by sasikala and locked up in a secret place to support her, already many news coming like she’s threatening every MLAs and dismissing from ADMK who’s in favor of OPS, as usual social media started to troll sasikala there is a video below must watch.