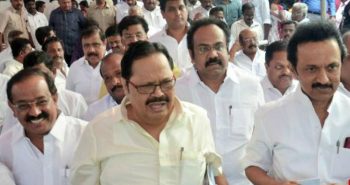 In few minutes Chief Minister Edapadi Palanisamy going to rise his voice and to give his very first speech after that he will ask support polling to other MLAs, in this case all the MLAs is koovathur including other parties MLAs gathered in the Secreterate.

In the parliament 5 level police protections has been provided, and no visitor allowed there. After only a safety check MLAs cars were allowed inside, since Stalin car was checked DMK MLAs were in a great depression.