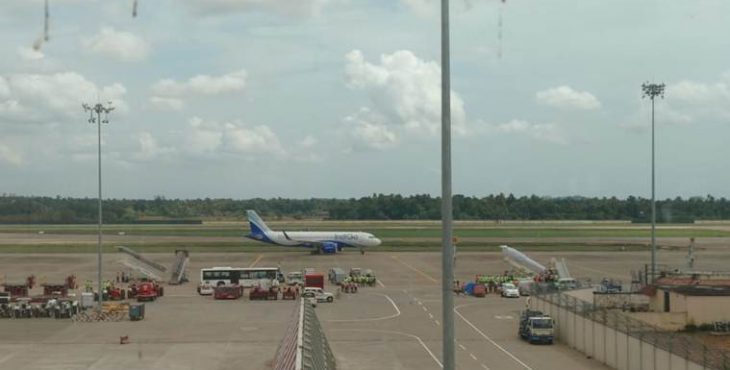 The Cochin International airport, which had been rendered non-functional since August 14 due to flooding and torrential rains in Kerala, reopened around 2 pm on Wednesday. Indigo flight 667 from Ahmadabad to Kochi, was the first flight in two weeks to land at the CIAL.

Due to flooding of key areas of the aerodrome such as runway, taxiway, parking bays and apron, the Kochi airport has lost almost 2,600 meters of the perimeter wall. The airport suffered an estimated loss of over Rs 220 crore due to floods.