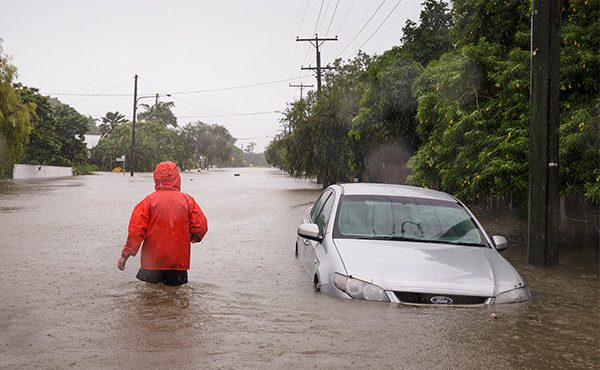 The unprecedented heavy rainfall in Australia’s Queensland state floods. In the town of Downsville, the city has recorded 100 centimeters in the past seven days.

Floods, apartments and roads are flooded. Wherever you see the water Some people travel on the road. There are heavy floods.

The surplus has been opened since the Ross River Dam has reached its full range. Since the rain has been warned,Schools have been announced a holiday on Monday.