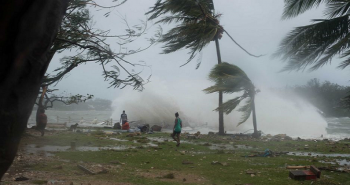 In Kerala Agriculture Minister V.S.Sunilkumar  has urged farmers to take up organic farming. On Monday he launched  Punarjani, a project aimed at reviving the flood-hit farming sector in the state at Mulakuzha near chengannur .  “The farming sector has shown great resilience and made progress following devastating floods.  We have successfully implemented Punarjani on a pilot basis in Thrissur and Ernakulam districts.  The project will be extended to all districts. Following floods, farmers have a golden opportunity to return to organic farming.  Post-flood farming should be conducted in a scientific manner,” the Minister said. Mr. Sunil Kumar urged the farmers to join insurance schemes and asked Krishi Bhavans to ensure the participation of Mahatma Gandhi National Rural Employment Guarantee Scheme (MGNREGS) workers in the revival of the flood-hit agriculture sector in the State. “The Centre has increased the number of work days under the MGNREGS to 150 from 100. The Krishi Bhavans, in association with the respective grama panchayats, should utilize the services of the MGNREGS workers in the farming sector,” Mr. Kumar said. To revive farming in the flood-affected areas in a scientific manner a workshop was organised to prepare an action plan as part of the project implementation. The plan was prepared with the help of scientists, farming experts, Agriculture Department, agro-service centres, and so on. On Tuesday works under Punarjani will begin. Saji,Cherian, MLA presided over the function.  Chengannur municipal chairman John Mulankattil, Director of Agriculture P.K. Jayasree, principal agricultural officer Beena Natesh, district panchayat members V. Venu, Jebin P. Varghese, Joji Cherian, and Jacob Oommen and others spoke at the function.