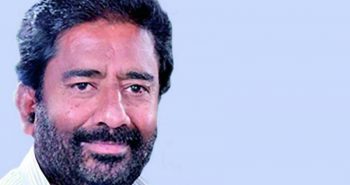 Samajwadi Party leader Naresh Agarwal on Monday said the blanket ban imposed on Shiv Sena MP Ravindra Gaikwad by domestic airlines was a “violation of the Constitutional rights of a citizen.”

“The law will take its own course. The investigation will take place as to what the Air India official did and other such aspects. But airlines banning somebody…tomorrow they will ban any common citizen.”

“This is the constitutional right of a citizen. How can you ban somebody? If he is guilty, a case will be filed and judicial action will be taken. Tomorrow, if any official says anything, they will stop the person from flying. This is violation of Constitutional right,” he said.

The Shiv Sena has also defended its legislator, saying “moving around in the country is the fundamental right of a person and one cannot impose a ban on it.”

After Air India put Gaikwad on the no-fly list for assaulting its official last week, the Federation of Indian Airlines which has Jet Airways, SpiceJet, IndiGo and GoAir as its members, also imposed a ban on the legislator.

“Unless you investigate, you (media) cannot become judge. Do not make it a media trial. Whatever has happened is not worthy of being said as good. But at the same time, there are other aspects of the issue which need to be investigated,” Shiv Sena leader Arvind Sawant told reporters outside the Parliament.

“An FIR has already been filed. Let the law take its own action. What we are saying is that it is our fundamental right to attend the Parliament or to move in the country. You cannot impose a ban on that right?” he asked.

RPI chief Ramdas Athawale Athawale said that the Shiv Sena MP should have complained to the Ethics Committee of the Parliament if he had any issues, rather than resorting to violence.

“Gaikwad attacked the Air India official…it is not a good thing. He has the right to complain to Air India, but it was not good to attack,” he said.