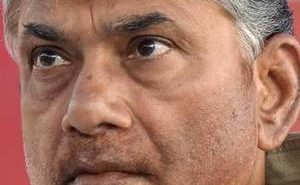 In Guntur ,on social media site Facebook a Hyderabad  based Techie has posted objectionable content and he has been arrested  by Andhra Pradesh Police.  The content titled “Political Punch” reportedly  had objectionable pictures with the building of the Legislative Council at Velagapudi in the backdrop.  The accused is Ravi Kiran a graphic designer from Cyberabad.Mr.Ravi Kiran was picked up by the police from his house at Shamshabad.  State Assembly Secretary K.Satyanarayana had lodged a complaint .  For posting objectionable and derogatory comments the police slapped cases under Section 67 of the IT Act and 291 of the Indian Penal code.   The accused reportedly said he worked for the social media wing of a political party and was paid Rs. 25,000 per month.  On Saturday he would be produced in the court.  The pictures of Chief Minister N. Chandrababu Naidu  and his son and Minister for IT Nara Lokesh in the backdrop of a picture of the Legislative council was posted in the FB.  Telugu Desam Party MLC forwarded the image to the assembly secretary.  It is many statements from Ministers on the need to curb such malicious content on FB.  In the past a man from Hyderabad was arrested for allegedly posting defamatory content on his Facebook.