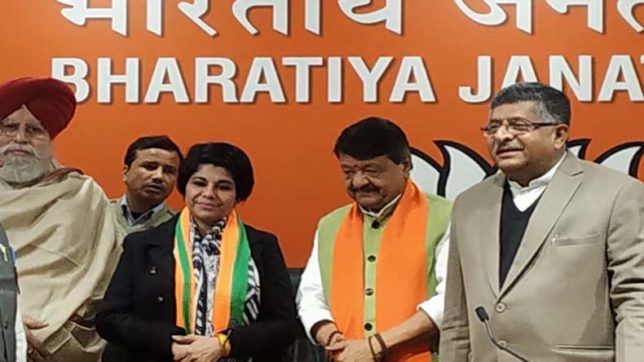 Bharati ghosh, a former West Bengal state ex-IPS officer and known to be the closest to Mamata Banerjee, has joined the BJP in the political scene.

Bharti Ghosh, who worked as an IPS officer in West Bengal, retired in 2018. Yesterday, he joined the BJP in the presence of Union Minister Ravi Shankar Prasad and BJP leaders.

Bharti Ghosh, who is very close to West Bengal Chief Minister Mamata Banerjee, has been involved in the BJP politics.