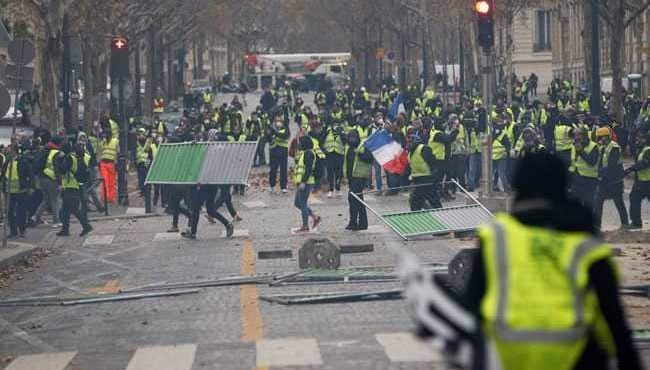 France: School students start protest to reduce petrol prices in France. President Emmanuel Macron announced that the additional tax on petrol and diesel would be suspended for 6 months due to a series of protests.

However, the school students are continuing to fight for a full-fledged hike in the fuel price hike.

Following yesterday’s protest, the police tried to control the fight.