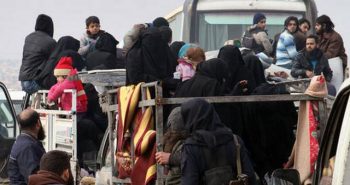 Russia and France have announced agreement on a compromise U.N. resolution to deploy U.N. monitors to eastern Aleppo to ensure safe evacuations and immediate delivery of humanitarian aid.

France’s U.N. ambassador Francois Delattre told reporters after more than three hours of closed consultations Sunday that the Security Council will vote on the compromise resolution at 9 a.m. EST on Monday.

The U.S. ambassador to the United Nations says a compromise Security Council resolution to be voted on Monday would quickly put over 100 U.N. personnel on the ground to monitor evacuations from Aleppo, the former rebel stronghold now under Syrian government control.

Ambassador Samantha Power told reporters that following the siege in eastern Aleppo there have been “many, many reports of people being pulled off buses and disappeared, whether into conscription or into torture chambers or killed outright.”

Power says that “the text contains all the elements for safe, secure, dignified evacuation, for humanitarian access to those who choose to remain in eastern Aleppo” and for protecting civilians.

If the resolution is adopted and works, Power predicts a rapid exodus of people from eastern Aleppo on buses with monitors that pass through monitored checkpoints.