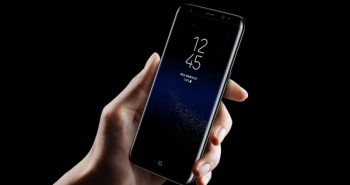 After complaints about the red-tinted displays of its latest flagship smartphone, Samsung is rolling out software update to fix the issue.

“We plan to upgrade the colour optimization feature next week through software updates,” an official at the tech giant told, Yonhap News Agency today.

Some customers in South Korea, where the pre-orders of the smartphone become available on Tuesday, are already complaining that their screens have a red hue. Also, some reviews also reported the same issue in the handset.

Another picture showing two Galaxy S8 devices with identical RGB colour balance settings with one (on the left) highlighting the red-tint mentioned in complaints. (Photo: Instagram)

In its statement to the news agency, Samsung claimed that the reddish tint did not result from a defect in the device and can be rectified by adjusting the colour range of the display in the device’s “colour optimisation” setting for the display.

The smartphone went on sale in S.Korea today. The new phones have more than one million pre-orders for the S8 and the larger S8+ in South Korea alone.

The Galaxy S8 smartphone was unveiled in New York last month. Samsung unleashed it in India on April 19 at an event in New Delhi. The Galaxy S8 and Galaxy S8+ will go on sale in the India on May 5 through Samsung’s own online store and Flipkart at Rs 57,900 and Rs 64,000, respectively