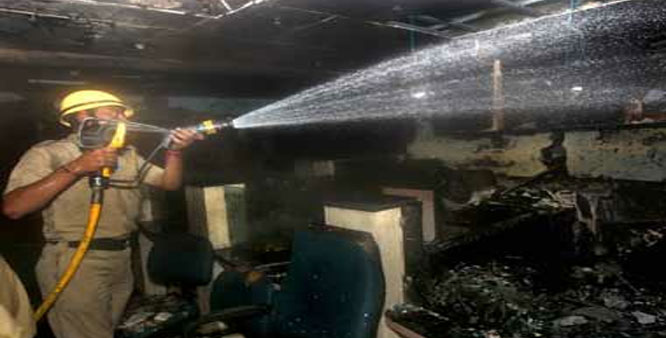 New delhi:Seven people, including a child, were killed in a cooking gas cylinder explosion in Delhi. These building were fully collapsed by this accident.

There is a 3-store building at Sudarson Park in the city of West Delhi. There is a factory operating in the building. Yesterday the workers was painted for the electric machine.

The accident occurred at about 8 pm in the factory. Thus, a section of the 3-store building collapsed. Among the victims were seven children, including a child.