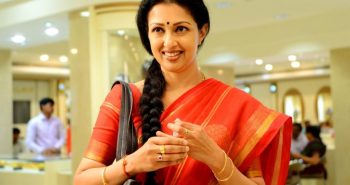 Today morning famous actress Gautami have met OPS and gave her support and she raised her voice for OPS, in this situation she’s already asking a CBI investigation in the demise of honorable former chief minister Ms.J.Jayalalitha, in last week OPS said that a investigation committee will be formed to investigate the case of Jayalalitha so may be she went and thanked for that.