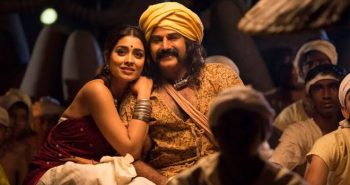 Gautamiputra Satakarni is one of the most awaited Tollywood movie and the movie is the 100th movie of Nandamuri Balakrishna. Coming to the latest update the makers had taken the movie for Censor registration on January 5, 2017 and the Censor board had given a U/A certificate for the movie without any cuts.

The movie will clash with Megastar Chiranjeevi’s Khaidi No 150 during the festival season. The whole Telugu speaking states have been eagerly waiting for the clash and Khaidi No 150 has been announced to hit the screens on January 11th and Gautamiputra Satakarni will follow on January 12th.

The movie is based on the life of Great Satavahana empire Gautamiputra Satakarni. Balakrishna will be seen playing the character of Gautamiputra Stakarni. Shriya Saran had been roped in to play the character of his wife Vashista Devi. The movie also features Kabir Bedi, Shiva Rajkumar and Ravi Prakash in the pivotal roles. The music for the movie is composed by Chirantan Bhatt and the audio that was launched recently had got very good response. The movie is produced under the banner First Frame Entertainments.