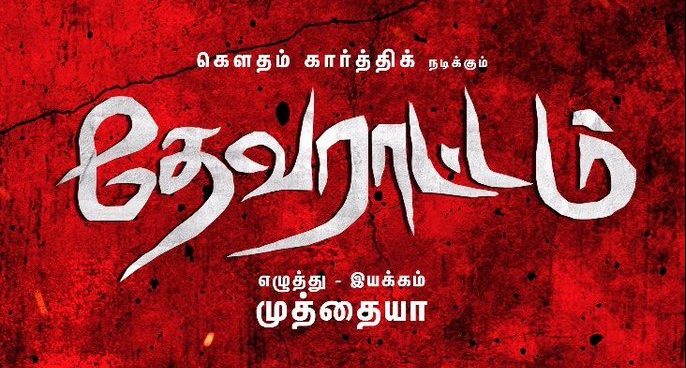 Gautham Karthik is an Indian film actor who works in the Tamil film industry. He made his acting debut in Mani Ratnam’s Kadal (2013).Now he’s currently doing ‘Devarattam’ film project

M. Muthaiah is an Indian film director and screenwriter who has worked on Tamil films. Beginning his career with Kutti Puli (2013), he has made rural drama films.In January 2018, he began work on Devarattam, a second film with Studio Green, which would feature Gautham Karthik in the lead role.