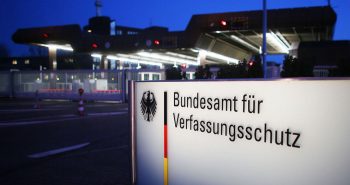 Authorities have arrested a German intelligence officer suspected of plotting an Islamist bomb attack on his agency’s headquarters, media has reported.

The 51-year-old German, who was arrested for sharing “sensitive information” online, is believed to have been planning a bombing at the BfV headquarters in the western city of Cologne, according to the German press.

There was no immediate suggestion he had any ties to the radical Islamic State group.

A BfV spokesperson said, “He is accused of expressing Islamist sentiments on the internet under a false name and to have passed on internal information in online chats.

“Additionally, he offered to disseminate sensitive information about the BfV, which could lead to a threat to the office.”

FBI warns of possible terror attacks on churches, holiday gatherings in US