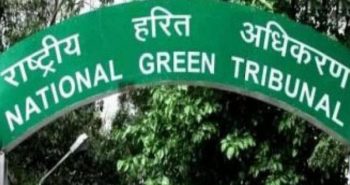 Under attack from environmentalists, the Tiruvannamalai district administration on Tuesday assured the National Green Tribunal that it would not compromise the green cover for the road-widening project of Girivalam path in the district.

Tiruvannamalai district collector and superintendent of police who had appeared at the tribunal, assured that none of the trees at the five stretches of the Girivalam would be cut.

However, the villagers who were present during the hearing were divided over the project: while a section of them demanded the project, another section opposed it on the grounds that it is a threat to the rich biodiversity here.

After listening to both the sides, the southern bench of the National Green Tribunal reserved the orders on the road-widening project.

Meanwhile, the two-membered committee, which had studied the pros and cons of the existence of the road-widening project, suggested constructing a sewerage canal for a metre, rather than the proposed two metres.

While the counsel for the respondent suggested a double-sided pavered block on stretch – 2 for the vehicle movement to tackle emergencies, the counsel for the applicant said that it would be a hindrance to the eco system at Sonagiri forest, which forms 350 metres of the 2-kilometred stretch.

“The pavered block comes under the highways department and does not affect the green belt,” counsel of respondent argued.

Divided opinion
The project at the Girivalam path has been proposed to initiate vehicle movement. While the petitioner states that it would affect the greenery, the government assured that no tree would be chopped.

Is the project a threat to the greenery?
During the project being carried out on all the five stretches, a total of six trees were cut. According to the Tiruvannamalai district administration, as many as 95 trees were planted in the same locality. By constructing a mess, a tamarind tree at the stretch –1 would be conserved, said the collector.

What do villagers say?
Labourers and traders who walk the distance demand the road. “We feel like living in a prison. It is very difficult to walk each day,” they rued.

Other demands
Installation of speedbreakers on stretch-1, where vehicular movement is allowed; completion of road patching work at Kalwari area and completion of sewage treatment plant at Kinathur.

After traveling in the vacuum of space for over 10 months, the Dart mission has set its eye on the target, a binary asteroid system where it meets a fiery end.…

Prime Minister Narendra Modi will officially launch 5G in India at India Mobile Congress (IMC) in New Delhi on October 1. The announcement came from the…