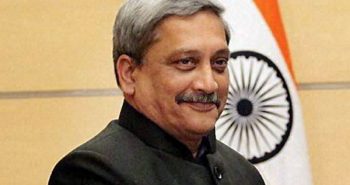 It is Prime Minister Narendra Modi’s dream to see the nation doing cashless transactions and riding on the road to cashless economy the Defence Minister Manohar Parrikar while addressing the media said, “As per PM Modi’s call for a cashless economy, I think Goa is a place where the cashless economy can be implemented effectively. By end of December, we plan to boost the cashless component in Goa five to ten times. This can serve as a typical model for other states,” Parrikar told ANI.

“As per Prime Minister’s instruction Goa has taken lead in it. Yesterday we had a meeting with the bank officials. We have decided to train everyone including a common man about the cashless concept so that by December 30, people will be taught how to use the technology,” he said.

Parrikar said the bank officials will be conducting special training for the traders and businessman on the concept of cashless transactions.

“There will be advertisements released and people will be educated about this concept,” he said, adding Goa will be a model state in the cashless society concept.