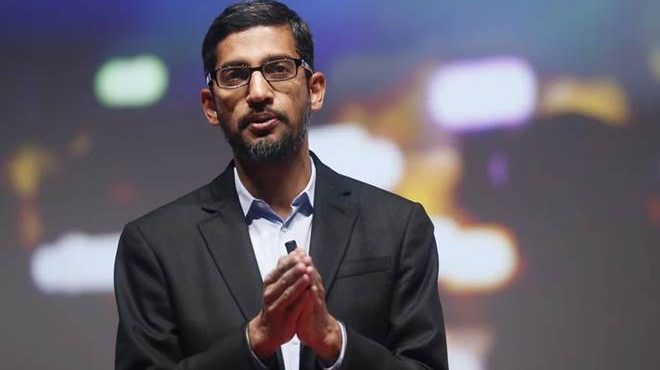 Google CEO Sundar Pichai went to Washington on Friday to discuss concerns about the company’s business practices with members of Congress and emerged with an invitation to meet with President Donald Trump during an upcoming roundtable.

Larry Kudlow, the head of the National Economic Council, extended the invitation while meeting with Pichai and the offer was accepted, according to the White House.The White House said Kudlow discussed the Internet and the economy with Pichai on Friday, and described the talks as “positive and productive.”

Both Trump and some US lawmakers have been raising the possibility of asking government regulators to investigate whether Google has abused its power to thwart competition through its dominant search engine and other widely used services, which include Gmail, YouTube, the Chrome web browser and its Android software that runs most of the world’s smartphones.