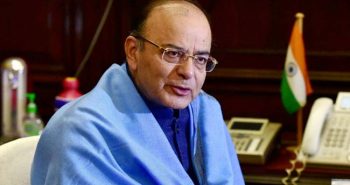 Finance Minister Arun Jaitley on Sunday clarified calm the frayed nerves by explaining that the government had no intention to impose tax on long-term capital gains from share transactions.

In his speech at the National Institute of Securities Market on Saturday, prime minister Narendra Modi had hinted at possibility of such a tax.

“…Those who profit from financial markets must make a fair contribution to nation-building through taxes. For various reasons, the contribution of tax from those who make money on the markets has been low,” he said.

This had raised the suspicion that the government may be planning to introduce a long-term capital gains tax on Securities investments.

“This interpretation is absolutely erroneous. The Prime Minister has made no such statement directly or indirectly. I was present at the function in which this speech was given. I wish to absolutely clarify that there is no occasion or opportunity to anybody to reach such a conclusion because this is not what the Prime Minister said nor is it the intention of the government as has been reported in some section of the media,” Jaitley clarified here on the sidelines of Digi-Dhan mela, an initiative to promote cashless economy.

As of now in India, long-term capital gains from equity and mutual funds are not taxed. Short term gains are taxed at 15 percent.