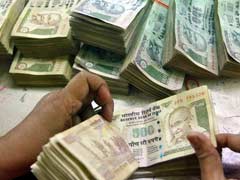 The Union Cabinet on Thursday is learnt to have cleared significant amendments in the Income-Tax Act fixing the quantum of levy of high penalty on “unaccounted” funds deposited in banks after implementation of demonetisation on November 8.

Prime Minister Narendra Modi held a meeting of the Cabinet on Thursday evening, the second one in 24 hours, to discuss the matter. Though there was no official confirmation of details of the meeting, sources said the government could formally announce the amendments in the I-T Act in Parliament Friday and there is a likelihood that Mr Modi may intervene in the Lok Sabha over this matter.