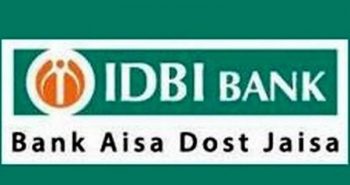 State-owned IDBI Bank, Bank of Maharashtra and Dena Bank will receive a capital infusion from the government in lieu of preferential allotment of shares.

IDBI Bank will get Rs 2,500 crore funding from the government, subject to regulatory approvals. Board of directors of the bank at a meeting held today approved proposal to allot preference shares to the government.

“Board of directors of the bank has approved the proposal for preferential issue of capital to government and other financial institutions, if any aggregating up to Rs 2,500 crore,” IDBI Bank said in an exchange filing.

IDBI Bank extra ordinary general meeting is scheduled for April 27 for obtaining shareholders’ approval to allot preferential shares to government. Pune-based Bank of Maharashtra said board of directors will meet on Friday to consider the proposal of raising equity capital by preferential allotment of shares to the government.

The bank said it has received communication from the government on March 16 for capital allocation plan of Rs 300 crore. Dena Bank said in a separate filing to exchange, “We would like to inform you that the Board of Directors of the Bank approved raising of share capital of the Bank up to amount of Rs 800 crore.”

The government has approved the second tranche of capital infusion in public sector banks to enhance their capital base. The first tranche was announced in July with the objective of enhancing their lending operations and enabling them to raise more money from the market.

It has already announced a fund infusion of Rs 22,915 crore, out of the Rs 25,000 crore earmarked for 13 PSBs for the current fiscal. The second round of funding entailing about Rs 8,000 crore is based on strict parameters.

The Week Ahead: Here are key events that will guide the market next week