Gurmehar withdraws campaign against ABVP, requests to be ‘left alone’ 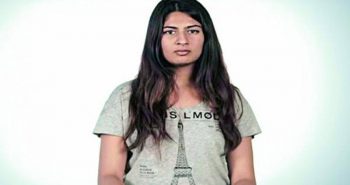 DU student Gurmehar Kaur on Tuesday pulled out of the protest march held against ABVP while requesting to be “left alone”, and left for Jalandhar to be with her family.

Her decision comes amidst a raging controversy over her social media campaign against RSS-backed ABVP, which attracted alleged threats of rape and a virulent backlash, with even Union ministers joining the fray.

In a series of tweets, the Lady Shri Ram College student announced her decision saying she has been through a lot and “this is all my 20 year self could take. To anyone questioning my courage and bravery… I’ve shown more than enough”.

Ms Kaur earlier urged people not to identify her as a “martyr’s daughter” if that “bothers” them. She is the daughter of Capt Mandeep Singh who was killed in a militant attack in Jammu and Kashmir in 1999. She also withdrew from her social media campaign against the ABVP after allegedly receiving threats from the members of the RSS-backed outfit and being trolled by the ruling BJP leaders. “I’m withdrawing from the campaign. Congratulations everyone. I request to be left alone. I said what I had to say. One thing is for sure, next time we will think twice before resorting to violence or threats and that’s all this was about,” she tweeted. “She has left for Jalandhar to be with her family,” a DCW official told this newspaper.

Police on Monday registered a case of sexual harassment and criminal intimidation against unknown persons in connection with the “rape threats” allegedly received by an army martyr’s daughter here.

The case was registered following a complaint received from Delhi Commission for Women on behalf of Delhi University student Gurmehar Kaur.

The FIR was registered under relevant sections IPC and section 67 of the IT Act against unknown persons, said Dependra Pathak, special commissioner of police (Southwest) and Delhi Police spokesperson. “On Monday, DCW forwarded a complaint of a DU student regarding online abuse. Immediately, area DCP spoke to her & provided necessary security. Her complnt was examined by Cyber Cell& an FIR has been registerd, (sic)” Delhi Police said in a series of tweets.

Sources said that Kaur has been provided security by Delhi Police and men in plainclothes will be patrolling the area where she stays.

Police is likely to seek details of the account from which the message was sent. Kaur, daughter of martyr Captain Mandeep Singh, started the campaign “I am not afraid of ABVP” following violence at Ramjas college. It went viral and received massive support from students across universities.

Last week, she had changed her Facebook profile picture to one in which she was holding a placard reading, “I am a student from Delhi University. I am not afraid of ABVP. I am not alone. Every student of India is with me. #StudentsAgainstABVP.”

Ramjas college had last week witnessed large-scale violence between members of the AISA and the ABVP. The genesis of the clash was an invite to JNU students Umar Khalid and Shehla Rashid to address a seminar on ‘Culture of Protests’ which was withdrawn by the college authorities following opposition by the ABVP.