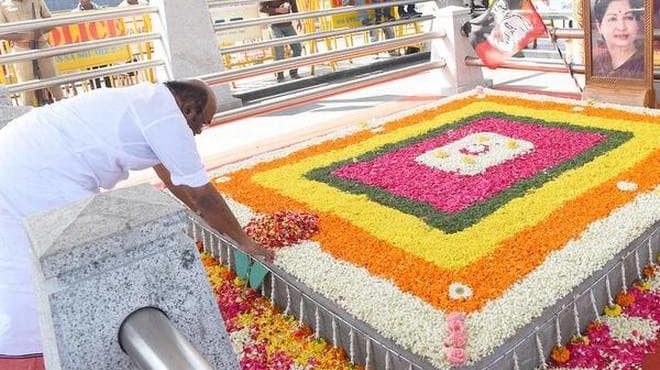 In this time the lawyer MLA Ravi had filed a petition in the Madras High Court against to built memorial statue.The petition was dismissed by the Chennai High Court on the plea of ​​MLA Ravi.

Following this, the work of the Jayalalitha memorial in Chennai will be launched soon.

SC ordered No protests in Marina