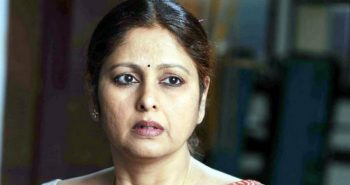 Telegu actress and politician Jayasudha, who lost her husband of 30 years on March 14, is ‘heartbroken’ and ‘devastated’ and has requested privacy.

A day after the sudden death of Nitin Kapoor, Mohan Babu M, a director from South Indian industry who is close friends with Jayasudha and her now deceased husband, took to Twitter to share her message requesting privacy. He wrote: Spoke to my sister Jayasudha. Heartbroken. She is devastated. Some media networks are giving out false news. She has requested privacy now

He further added: I join her in requesting the media to respect her privacy. Praying God to give her & her sons strength. Dear Nitin, RIP my friend.

Kapoor was found dead in his Mumbai office under mysterious circumstances on March 14. The 58-year-old producer was reportedly battling with ‘severe depression’ for the past one-and-a-half-years and was under psychiatric treatment.

The cause of death is still unknown but reports, however, suggest that he poisoned himself and breathed his last at around 2 pm on Tuesday.

Producer of films like ‘Hands Up’ and ‘Mera Pati Sirf Mera Hai’, Nitin Kapoor is survived by wife Jayasudha and two sons- Nihar and Shreayan.