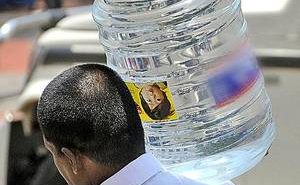 Food Safety and Standards Authority of India (FSSAI) recently conducted microbiological examinations in samples of 20 litre bubble top packaged drinking water in Coimbatore.  The test results were not confirming  to standards as per FSSAI.  The high presence of  chlorine was the main deformity found in the samples.  Out of the 10 samples tested two samples have  have been found not conforming to standards even after two rounds of examination.   In seven out of the ten samples collected the inordinate presence of microbiological  organisms and chlorine ,lead to the closure of seven units.  The other three units moved court and obtained permission to improve their standards.  FSSAI later allowed the remaining four units to open their plants and improve their quality.  “Samples were collected for a second time from the three units that approached court.  However, two of them did not conform to standards,” said O.L.S. Vijay, designated officer, FSSAI, Coimbatore.  In the second round test the chlorine level in two samples was more than 300 ppm (parts per million)whereas the permitted level is 2 ppm.  Improper filtering during the bottling process was the main reason for high presence of chlorine in  water.  The membrane used for filtering raw water was often compromised in bottling units.  “The cost of the membrane ranges from ₹ 50,000 to ₹ 1 lakh.   Hence bottling units use the membrane for a longer period which affects the filtering process.  The membrane need to be changed at frequent intervals based on the volume of water filtered,” said a food safety official.  For the bottling units selling drinking water in 20 litre Bubble top containers, an education and awareness programme will be conducted by FSSAI.