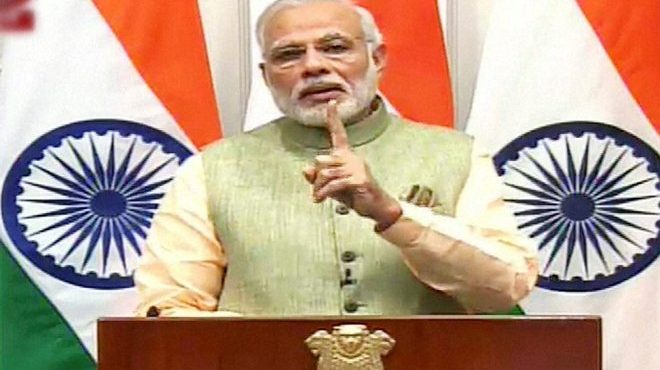 Tiles with images of Prime Minister Narendra Modi and Chief Minister Shivraj Singh Chouhan must be removed from houses built for the poor under a government welfare scheme, the Madhya Pradesh High Court has ordered.

Special ceramic tiles bearing images of PM Modi and the chief minister were installed at the entrance and in the kitchen of thousands of homes built under the Pradhan Mantri Awas Yojana. The central government’s slogan “Sabka Sapna, Ghar Ho Apana” (Everybody dreams of their own home), was also on them.

The opposition Congress had demanded that the tiles be removed, accusing the BJP government of trying to influence voters ahead of the year-end assembly elections.