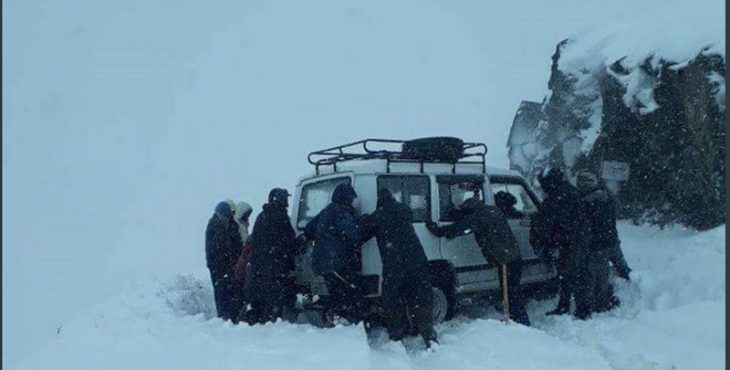 Forty-five people, including 35 students from Indian Institute of Technology, Roorkee, who had gone trekking in Himachal Pradesh’s mountainous Lahaul and Spiti district are missing after heavy snowfall in the region, news reported on Monday.

At least five people were dead and a thousand others were left stranded as Himachal Pradesh continued to witness heavy rains and snowfall.The district administration has sounded a “high alert” in Kullu where initial loss of property in recent rain has been estimated at over Rs. 20 crore.

The weatherman further said that light to moderate rainfall would occur at scattered places over the mid and the low hills and at isolated places over the higher reaches of the state on September 25, and thereafter, the weather would almost be dry.