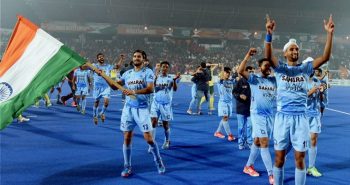 In the Semi Final played at the Maior Dhyanchand Stadium in Lucknow on Friday, the Indian colts defeated their Australian counterparts in the Shoot Out, by 4 goals to 2.

India’s Junior Hockey Team re-creates History after a long wait of 15 years, when they play Belgium in the Finals of the Junior Hockey World Cup on Sunday, 18th December.

Unfortunately for the last 15 years, after winning the Junior World Cup in 2001, the Indian team had never managed to enter the Finals  since then.

Coach Harendra Singh said, “It is now upto the players to decided the color of the medal“.