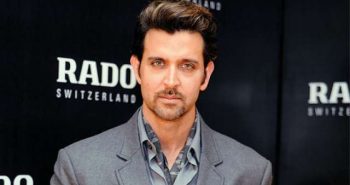 It isn’t a surprise that Hrithik Roshan who is known for his drop-dead Greek God looks has made it to the list of Most Handsome Man in the World list put out by a leading international website. His stunningly good looks and over all personality have often allowed for him to feature on the list of best looking men across the world.

Worldstopmost.com released a list of the top 10 best looking men in the world in 2016, and Hrithik was ranked third in the list, the highest for any Bollywood star.

Here’s the lowdown of the celebs who made it to the list: