I always wanted to be a Gabbar, says Vidya Balan 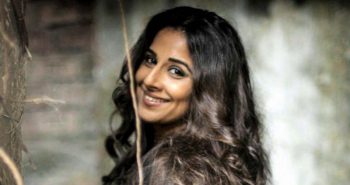 After delivering a couple of back-to-back flops, Vidya Balan is ready to make a comeback with Srijit Mukherjee’s Begum Jaan. The power-packed trailer has already made it one of the most anticipated films of the year and the actress’ performance promises to be par excellence.

In a candid interview, Vidya talks about the buzz around the upcoming film, her de-glam look where she even went without waxing, how she deals with failures in the box office and more.

Everyone seems excited about Begum Jaan and people are calling it your big comeback. How has the response been so far?
Everyone’s been calling me badass and I love it. No one has ever called me badass before. I always wanted to be Gabbar; this is my Gabbar moment. I am constantly looking to do different characters. This was something I hadn’t done before. I don’t see things in terms of black and white; maybe that helps when I choose to do a new role.

You have gone completely de-glam for this film and Srijit even stopped you from waxing throughout the shoot. What was that like?
I have gone without make-up for roles previously but this is the first time that I have gone without waxing for a movie. I did it because Srijit asked me to. More than that, my eyebrows actually meet — this is something that no one knows but I have been threading them all my life. For this film, I actually, let them grow out to its natural thickness though we still had to use a little bit of make-up so that they look defined.

After giving hits like The Dirty Picture and Kaahani you were touted as an actress who could never deliver a flop film. So when you delivered few flop films in a row, how did you deal with it?
Thankfully, the audience has been very kind and despite the fact that some of the films didn’t work, they have always sent me love for my performances. I have continued to feel loved by the audiences and I feel grateful for that. Some films work; some films don’t. Of course, a few films have not worked back-to-back and that’s disheartening. I talk about it, I cry about it but I get it out of my system, and that’s how I move on. The only dream I ever had was to be an actor. I feel blessed to be living that dream.

Who is your biggest and most honest critic?
I don’t think I have critics in my life; though I do have people who help me with their honest opinions. My sister’s husband Kedar, my husband Siddarth (Roy Kapur), and my mother are honest with me. My sister and my father are partial. My mother loved the trailer of Begum Jaan. My father, who recently got on WhatsApp, asked me so sweetly if he could send it to people. He said my voice is very good in the film.

We haven’t seen you and your husband Siddarth working together. Has it been a mutual decision not to?
I don’t think we will work together and that’s a choice we have made. It should not be like we are talking work at home, so it’s for the best. When I signed up for Ghanchakkar, we weren’t married so it was okay. However, once we got married, we decided not to mix work with our marriage. Exciting as any new project may be, our marriage is more important to both of us. So, to maintain the health of our relationship, we don’t want to work together.

Being a producer’s wife now, do you understand the numbers game any better?
I definitely understand it better now but I am not interested. I keep myself away from it. I love the process of acting for a film and I don’t want anything to take my attention away from that process. When you get muddled with numbers, I think it takes the joy away.

Did you walk out of the Kamla Das biopic due to political pressures?
There were creative differences with the director and that’s why I opted out. If it’s just a fictional story, it’s okay. But it’s a biopic so you have to be on the same page. So, I thought it was best to opt out. While I completely respect that they felt it was not fair on my part to do that, there was absolutely no political pressure that I was aware of. That was a figment of someone’s imagination.

While many actresses choose to change their surname or add their husband’s surname post-marriage, you still seem to be using your maiden name. Has it been a conscious effort?
I am very much Vidya Balan, I will not change my surname unless Siddarth changes his name to Roy Kapur Balan. I am not changing it to Balan Roy Kapur and he doesn’t expect me to, just as I don’t expect him to change his. I don’t think any woman should change her surname. But then, to each their own. I am no one to sit and judge.