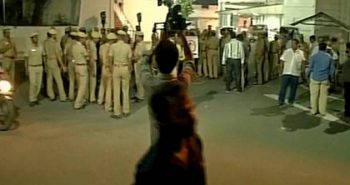 The raids extended to the premises of Rao’s son P Vivek, relatives spread across 14 locations in Chennai, Bengaluru and Chittoor.

Tax officials said Rs 30 lakh in new Rs 2,000 notes, five kilograms of gold and 40 documents with details of undisclosed assets worth about Rs 5 crore were seized after the raid.

According to The Indian Express reports, a senior I-T official said that the raids were linked to the seizure of Rs 132 crore cash (including Rs 34 crore in new notes) and 177 kg gold from mining baron Sekhar Reddy earlier this month. “Documents seized from Reddy’s premises were the major evidence, as they had details linked to Rao. It was a matter of ascertaining locations before launching the raid,” he said.