‘I will make you ugly’: US man beats, whips and stabs girlfriend for hours 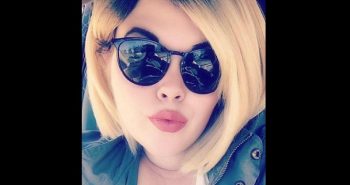 A Delaware court has sentenced a man to 25 years in prison for stalking and later brutally abusing his girlfriend and the mother of their son. On February 12, 2016, the accused threw Emily Hill, 26, on the floor and strangled her till she blacked out. He went on to whip her with a cable, beat her until her eardrums ruptured and stab her in the arm with a kitchen knife.

According to a report by The Daily Mail, Hill was being stalked by Wayne E Carter Jr, 25 for months into their relationship. She claimed that he would mistreat and hurt her whenever possible. He would stop her in stairwells and push her down the stairs or suddenly appear in the rear-view mirror as she picked up their four-year-old son, Harlem, from daycare.

She was quoted as saying that once when she was sitting in the car, he sneaked up on her, reached in and slammed her head against the steering wheel. He proceeded to hit the car as she rolled up the window and called 911.

Their relationship only when downhill as time passed, but she only stayed with him for the sake of Harlem. The horrific torture that took place on February 12 started with him stalking her till her bedroom.

Hill was about to ask him to leave when her phone went off. In a fit of jealousy, he demanded to know who was calling her and asked for her password. He then got angry and began beating her, saying, “I’m going to make you so ugly that no one ever wants you again.”

Recounting the incident, she said, “I’ll never forget his face at that moment and the rage and the anger that I saw in his eyes.”

Hill begged Carter to spare her, saying that she would blame an unknown intruder for the injuries. But once he left, she realised that she could not take this violence anymore. She cooperated with the police and testified against her abuser.

“Initially, everything is heated but shortly thereafter, it all falls apart”, said Detective Michael Watson, the Newark cop who investigated Hill’s case, of most abuse cases. “The victim goes back to the abuser or you’re not getting the cooperation you need for a prosecution.”

Prosecutors had hoped he might get 15-20 years in prison, at best. But the judge handed down a heftier sentence.

Carter was suffering from mental health issues when the incident occurred. But he was never treated for them. Hill has been granted a protection from abuse order that will last her entire lifetime.

Centers for Disease Control and Prevention (CDC) says that nationally, 1,300 women die every year due to violence by partners. In 2015, six people died from domestic violence in Delaware alone. Hill has shared the story of her ordeal so that other women can understand what she has endured, and speak up against any such violence, they are subjected to.