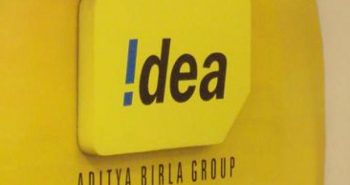 Continuing to fall for the second straight session today, Idea Cellular stock plunged nearly 8 per cent after it agreed to merge with Vodafone India to create the country’s largest mobile phone operator worth more than USD 23 billion.

In the previous session also, the stock had lost nearly 10 per cent. The British firm will own 45.1 per cent of the merged entity while the Aditya Birla group, Idea’s parent company, will own 26 per cent after paying Rs 3,874 crore cash for a 4.9 per cent stake, the two firms announced at a press conference yesterday.

The remaining 28.9 per cent will be held by other shareholders. The Idea-Vodafone merger will create a strong player, but multiple challenges from the deal, including breach of spectrum holding and revenue marketshare cap, will have to be resolved in a fixed timeframe, ICRA said yesterday.

Analysts are of the view that the competition in the industry is unlikely to subside in the medium term despite the mega merger.