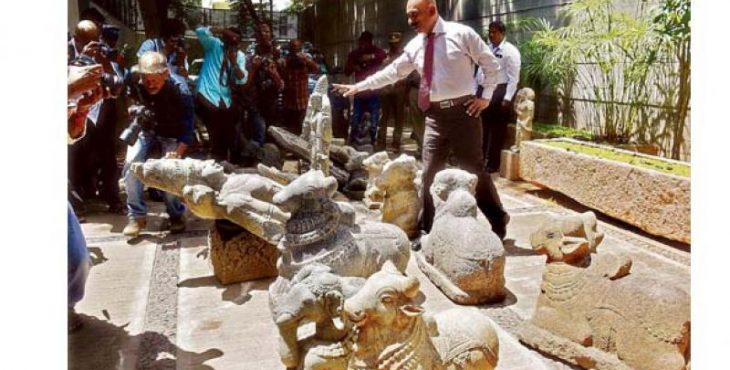 In what is perhaps the biggest haul of antique idols suspected to have been stolen from Tamil Nadu temples, the state Idol Wing CID police led by its ebullient IG Pon Manickavel on Thursday recovered 89 items valued at over Rs 100 crore from the residence of Ranvir Shah, garment exporter and founder of Prakriti foundation.

Fifty six idols, 22 granite sculptured pillars and 12 metal statues were removed from the house and taken in trucks to the idol wing office at Guindy for being transported later to the court premises in Kumbakonam where the case is being heard, according to Pon Manickavel, who seemed convinced that these were stolen from temples

The court had earlier set up a special bench of Justices R Mahadevan and PD Audikesavalu to deal with a batch of petitions. It had also reinstated Manickavel as the Idol Wing chief after he was transferred out by the government earlier, and asked him to continue to investigate the theft of idols from temples in the state over a period of time