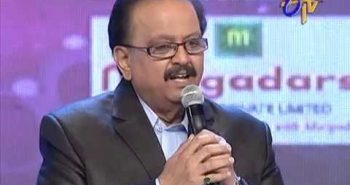 The popular tamil film songs list from the 1970’s to 90’s will have chartbusters composed by Ilayaraja and sung by S.P.Balasubrahmanyam.  On Saturday fans of the duo were in for a surprise when SPB,as the singer is popularly known announced on his facebook page that Ilayaraaja had served legal notice to Chitra,SPB charan and SPB.  It was stated that they should not perform his compositions without his permission.   If they do, they would face legal action for breaking copyright law. SPB said in response in his FB post: “I am ignorant of these legalities.   I did not get any feelers from Shri. Raja’s office at that time.   I don’t know why now when we started our U.S. tour.   As I said earlier, I am ignorant of the law. If it is a law, so be it and I obey it.”   Many hit songs like Keladi kanmani, Ilaya nila, Nalam vaazha ennalum, Pothivecha malliga mottu, Kadhaalin deepam ondru and Enna satham indha neram were produced by the duo.  Social media was abuzz with the FB post.  SPB reacted again on his post and said that since he had got a notice, he either had to respond legally, which he did not want to, or accept the demand.  He asked the people not to be judgemental.  Over the next couple of  weeks there were more SPB showers  scheduled in Dallas,Atlanta,Detroit and Chicago.  Ilayaraaja’s composition cannot be performed hence the group would  present songs of other composers.  In 2015 Madras High court had given an injunction against 4 music labels from monetising Ilayaraja’s musical works.  To all his songs the composer said he held exclusive rights.