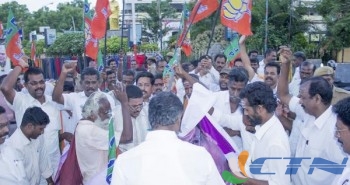 The jallikattu protest which happened all over Tamil Nadu made the whole world to look towards us, it also made both the central and state government to come down and pass an emergency law to conduct the jallikattu event. That much power has been emerged with in this protest.

In this situation a research has been made on which state of India have done many protest and in that Tamil Nadu came in first place, in that research they also mentioned India is the country in its states many protests were occurring for reasons like agriculture, politics, students protests. In the year 2015 itself nearly 20450 protests were conducted.