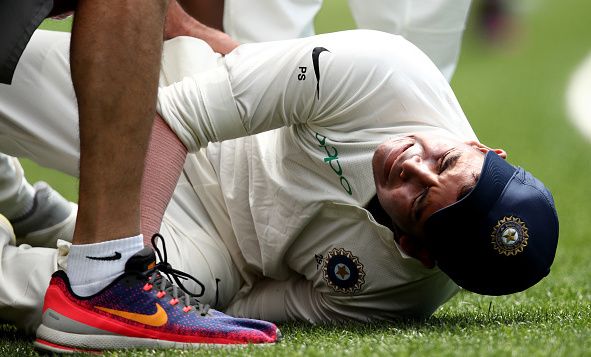 Indian’s team were touring Australia for test and t20 match series. Indiam team draw the t20 match in the series of 1-1.

India and Australia will start the test series on december 6. Currently training session were played in Sydney cricket stadium.

The Indian team took 348 runs to bat. After that india fielding,Prithvi Shah trying to catch the ball, at that time he was severely injured and taken to hospital for treatment. He has doubts about playing in subsequent matches.