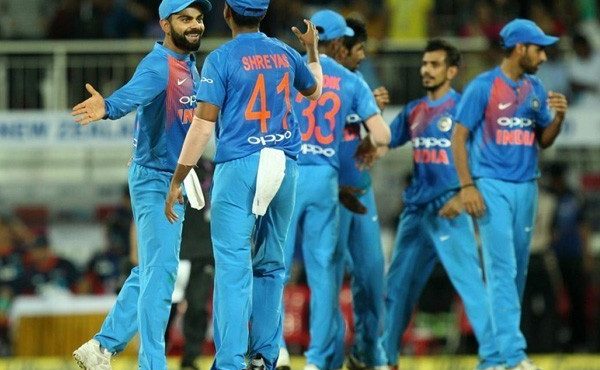 New Zealand have lost all wickets for 38 overs in the first one-day cricket match against India.Overall new zealand team scored 157 runs for the loss of all wickets.