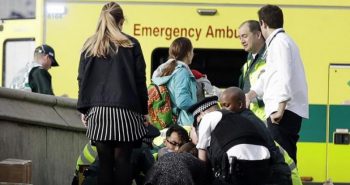 India on Wednesday condemned the terror strike in Westminster near the UK Parliament, saying there is no place for terrorism in democracies and civilised societies.

A British police officer was Wednesday stabbed and his attacker shot dead near the British Parliament complex, in what Scotland Yard are describing as a “terrorist incident”.

In a related incident, a woman was killed when a speeding grey Hyundai i40 mowed down several pedestrians on Westminster Bridge nearby before ramming into the iron railings on the side of the Palace of Westminster – which houses the House of Commons and Lords as well as the iconic Big Ben.

Indian High Commission in the UK said: “Any Indians injured during the Westminster incident may reach Public Response Unit of HCI ASAP.